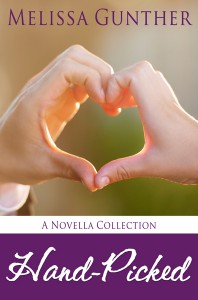 Allie’s vacation was supposed to be a chance for her to relax and have some fun without worrying about anyone else. Her plans are upended when she meets the five Wilson brothers and they tell her she’s going to marry Justin, the youngest. She finds the idea laughably absurd, but then she keeps running into them. The more the chance encounters happen, the less they seem like happenstance, and then the brothers tell her about the pattern.

Each of the other four brothers – Rob, Chris, Pete, and Brian – had whirlwind courtships with his bride-to-be, and only after at least one of the others singled her out as his future spouse. The details of those relationships make for some amusing stories in the Wilson family now, and as Allie hears the tales of the other four brothers, she finds herself increasingly drawn to Justin and his family. But getting married because his brothers picked her at random? It seems completely ridiculous. So why doesn’t she want to walk away?

Join Allie and all the Wilsons in this collection of five interwoven novellas full of laughter and love.